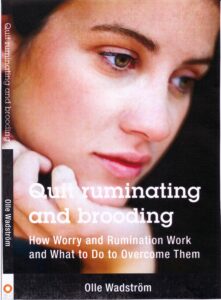 Rumination is a chain of thoughts

Continuation of article below